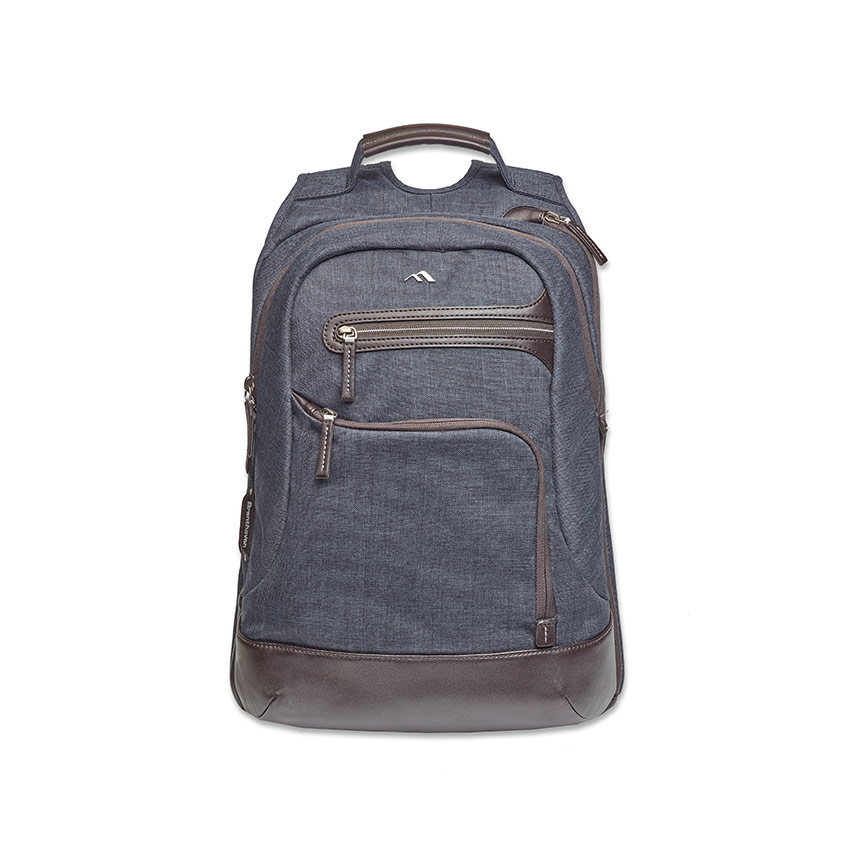 Product instructions will be available soon!

The Collins Backpack offers the capacity and functionality of a laptop backpack in a low-profile silhouette with protective pocketing throughout. Differentiated by its unique exterior fabric, vegan leather trim and metal accents, the Collins Backpack accommodates laptops up to 15.6 inches and packs a visual punch. The backpack wins on functionality as well, featuring a highly protective side-access laptop compartment, easy access phone pocket, and lots of room for storing all of your mobile devices and accessories.

I purchased this backpack 9 months ago for its size and style. Most other brands of a similar style were too $$$, and others looked like a school backpack. It’s perfect for daily train and city movements. Carries everything, MacBook Pro, notebook, iPad, extra small bag for cables & plugs. Also fits a Contigo mug inside and small snacks. With all that I’m able fit a packabke Patagonia vest inside too. Very happy!

I have been searching for the perfect laptop backpack for years and finally found it. This bag is very nice looking, trim, lightweight, has just the right number of pockets and compartments, and provides quick and easy access to my laptop. It fits easily under an airplane seat. The materials look and feel great (I got the indigo blue). I was worried I'd find the color to be too casual for work and almost ordered the graphite. But, the indigo is very professional looking and I am very happy I went with the indigo instead of graphite. The color stands out just enough from the sea of indistiguishable black laptop backpacks without looking strange or unprofessional. I finally have a laptop backpack that I am not self-conscious about taking to a customer meeting.

I bought this backpack on 7 December 2015 via the Apple Store. last week the top zipper of the main compartment came off. I chose this backpag for its alleged ruggedness but daily use since less than a year has had the best of the zipper it seems. Other than that i really like the product but it did not withstand the test of daily use in my context of work (I live and work in Afica (Niger).

I just received mine today in Graphite (my coworker also got the Limited Edition version which is very similar but not quite the same). The bag looks fantastic inside and out and I have little doubt that it will be durable on the outside. The layout is nice inside with a good number of pockets HOWEVER there is only a single slot for a pen/pencil/stylus and that is a bit disappointing. My other major complaint about the design is the main compartment (not the laptop slot) and its zipper. The main compartment has quite a bit of space, however the zipper only goes ~1/3 of the way down, making it difficult to see what's down in there and grab something specific and there is no sort of divider system in the bottom to separate all that space to a point where it is easier to find things by feel, so you're basically rooting around blind or dumping everything out find what you're looking for. My final reservation with this pack is the laptop sleeve. They really talk up this HDF protection but I certainly won't be taking any chances. The laptop compartment has good padding for the front and back which is nice, but there is ZERO (at least that I could feel) padding on the sides and particularly worrisome is the pad on the bottom. The bottom pad isn't super wide and is somehow velcro-d into place, however the big problem is that the padding isn't continuous and there is a gap where the seam is that my brand new 15" Retina Macbook Pro really seems to like settling into, which means it could get dinged if I set it down wrong/too hard. Even with those complaints, I still like the bag. It just doesn't seem as bullet-proof as other older Brenthaven bags I've seen and the pockets aren't as thoughtful as they could be. FWIW, I'm coming from a Timbuktu Custom Commute which has oodles of easily accessible, useful pockets, but the laptop protection is a joke. This bag, despite my reservations, offers much better protection than the Timbuktu.

Everything I never knew I needed. The way the backpack fits is awesome and the compartments are well thought out. I alternate between this bag and the Collins sling. Even though it's much bigger it doesn't look or feel huge on me. 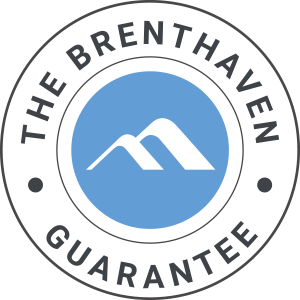 All Brenthaven products are sold with the Brenthaven Guarantee. Please submit your information to this form so that we can determine the best solution to fix your Brenthaven product. Please note that Brenthaven is not responsible for shipping and handling of your product.

STAY UP TO DATE